Fun and good times at the supermarket: Out of eggs, I’m in line at Grocery Outlet with a carton of fresh brown “cage-free” eggs. In front of me are several hispanic laborers who are also purchasing just a few items. I see cookies in front of the divider and ask them, “are those good”? They grin at me: “good with coffee”. I ask the person behind me to hold my place in line and walk to the aisle that I’m directed to, to pick up a pack of the cookies. Wow, only two bucks! A bargain to be sampled in the morning. Thanks! The cashier who I have not seen before in the the short time that I have been visiting here in Portland, is a bit on the slow side – which perhaps may be because he is engaging in extended conversations with his customers. He asks one of the hispanic laborers what his name is and is told “German” in a thick accent. He responds “mine is Jeremy”, to which I retort: and I’m originally from Germany. What do you know: Three Germans! He looks at me for a bit and then asks, “really”? Then, before I can answer him he tells me “Ich bin unsichtbar” in a ridiculous American accent that is barely understandable. I start laughing, as what he has said is “I’m invisible”. I look at him and ask him “invisible, huh? I bet that comes in real handy when hiding from the boss”. He looks back at me and says” oh you understood what I said? “Barely”, I grin. He hands a receipt to the laborers and asks me what the word for that is. “Quittung”, I tell him although in hindsight it is probably “Kassenbon”. Oh, that’s interesting he replies, slowly counting out my change. “Can we do the language lessons some other time”? a lady two people behind me grumbles, as I have to laugh again, and depart with my eggs.

Walking under the canopy of an ancient olive tree that is whispering its blossoms on the dry parched ground around its gnarled trunk, and feeling a bit sluggish this morning, I wander into the park’s restroom. As I enter the doorway, a buzzing sound is audible coming from the right side. Attached to the doorframe of the supply closet I see what appears to be an awkward chunk of mud. Hovering right next to the chunk of mud is an oversized insect similar in appearance to a wasp. I proceed with caution to the furthest restroom stall not wanting to attract attention to myself, as I’m unsure as to the disposition of this mysterious creature that seems to be fully consumed by its activity around the mud deposit. The wasp-like creature’s hovering in the air reminds me vaguely of a hummingbird.

After quietly washing my hands I tip-toe to the exit door casually making visual contact. The insect seems oblivious to me and is still going about its muddy business.

A bit later I discover that this mysterious insect is known as a mud dauber. It is indeed a species of wasp that uses its mandibles to collect mud and then build a nest made of mud to lay its eggs. A dietary aspect of the creature that was unknown to me as well, is that the mud dauber consumes spiders. Most peculiar. But God made everything for a reason – in this case – an arachnid lunch for the mud dauber. An overpopulation of spiders in the locale thus seems a slim possibility with the mud dauber(s) doing their job so to speak. Many a person suffering from arachnophobia may be applauding now at this perhaps altogether new revelation.

I must say that with some regret I later instigate the destruction of the mud daubers habitat – when none is in sight of course – as a restroom certainly is not the proper place for building a nest – at least from a human perspective.

The next morning I again see a mud dauber – perhaps it is the same one – inspecting the now empty door frame. I can perceive that it undoubtedly is smelling the remaining traces of mud wondering what on earth (no pun intended) went on here. Luckily for me it doesn’t associate my presence with the loss of its home, as I also read when doing my research that the mud dauber can get belligerent and attack if provoked. I’m sorry little mud dauber to have caused you so much trouble and inconvenience negating all your hard work, but kindly build another of your unique structures somewhere outside if you don’t mind.

My note pad in conjunction with the empty paper towel holder on the ceiling tells me I’m out of paper towels again, plus a few other household items as well. Since the laundry basket is also rather full, this seems like an opportune time to accomplish both errands together on this warm sunny morning.

Arriving at the laundromat, first stuffing then feeding the machines, and letting them commence their duty, I employ a new feature I have discovered on my phone – a timer – thus letting me depart from the laundromat. I tend to think that watching a washing machine rotate is really not that terribly exciting, and thus am grateful for the new discovery.

Having procured a six pack of paper towels, part of my my second errand, I then meander the aisles and peruse the shelves looking for a can of oven cleaner.

All of a sudden a jar of peanut butter rolls around the corner at an astonishingly swift pace, catching me by total surprise. I stoop down and pick it up hindering it’s forward progress. The new found freedom thus impaired on behalf of the peanut butter jar, I spy the purchaser of the little runaway rounding the corner in hot pursuit. She smiles at me as I hand her the impertinent runaway. I ask her if she might know where the oven cleaner is kept, and just as I’m asking, I see it almost at eye level right in front of me – the last can of it too! This was no mere coincidence, it was destiny!

Late December 2018: I awake being misused as a trampoline once again. Meowing informs me that my duties of emptying the litter box are perceived as being neglected. Oh well, it is still dusk but I guess I’m up now. Did I see some leftover eggs, bacon, and chives waiting to become breakfast? I did indeed. Flashing orange lights and the loud roar of an engine approach as Calvin hops down off the mattress and instinctively hides. Yes indeed, “the blue monster”, albeit green in color in this locale has encroached upon the regional park to empty the refuse containers. I imagine the grin on the driver’s face, as he makes his unholy racket, surely rousing every last camper at the campground in the pre-dawn. “If I have to get up early, they might as well too”, is most likely the motto here. Luckily the brute soon disappears, the sun peeks out just a sliver, and the first birds awake, chirping their morning joy. The aforementioned breakfast items are turned into breakfast as the aromatic smell of Colombia Luminosa drifts through the brisk morning air.

Walking to the showers, I look for the wild turkeys I saw a few days ago but they must have wandered on. It is nice that this campground has hot showers. As I turn on the shower – the button needs to be pressed twice before the water gets hot – I see a rather large spider about the size of my thumb crawling into a corner of the stall and roll itself up as a stream of water hits it. We call it detante as I enjoy the shower and he remains curled up awaiting for my departure. Where this inside an apartment his destiny might not have been the same, but after all, I am in his domain now so a truce seemed appropriate. 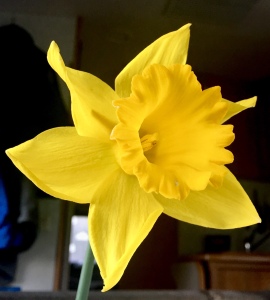 I love crab season: the having ceased to crawl crustaceans filling the display cases of the fishmonger on a glistening bed of ice, all neatly lined up in a row in their unmistakable bright orange – the color of Dungeness crab when cooked. On sale at $5.99 a pound, who can resist? Apparently the customer in front of me, who is of the opinion that the crabs are too small in size, insisting that they should be at least two pounds minimum in weight. The girl behind the fish counter politely informs the customer that the crabs that have just come in from the wholesaler are all the same size. The words picky and ungrateful come to mind, listening to such demands. Asking “who’s next” after the grump’s departure, I raise my hand and order one of the “undersize” Dungeness crabs from the girl and ask for the crab to be cleaned. A delectable pound and a half my specimen presses on the scale – that is going to be one fine dinner tonight accompanied by some garlic bread, hot melted butter, and several slices of lemon. My cat Calvin knows the word crab very well too. As the girl cleans the crab in the stainless steel sink under the streaming water of the faucet, her co-worker on the other side of the counter grins broadly at her and me: “don’t forget to clean behind the ears”.